5 Good Reasons to Shoot in Brazil (and in Belo Horizonte in particular).

When foreigners think of Brazil they immediately think of two or possibly three world-famous places. They are firstly Rio de Janeiro (the most visited city by tourists in the Southern Hemisphere), the Amazon rainforest and possibly,Foz do Iguaçu one of the world’s most spectacular waterfalls.

Now admittedly Rio de Janeiro both the city and the State are definitely some of the most beautiful places on planet Earth and carioca women are rightly famous for their beauty. However, there is far more to Brazil than just Copacabana especially when it comes to photographic tourism and those photographers who are looking for an alternative place to do business. So the following are five good reasons (and I can probably think of quite a few more) why you should plan to visit Belo Horizonte during your next trip or even your first trip to Brazil.

Very little of what is written by the Western media is even remotely correct when talking about the violence and the source of the violence in Rio de Janeiro. I have lived in Brazil for over 10 years and have friends in the Policia Federal and the Policia Militar. They give me eyewitness accounts of what really goes on behind the media screens in Rio de Janeiro and is far, far worse than you could ever believe. People like to talk about the so-called “drug gangs” in the favela’s and how dangerous they are, actually, they are not so much “gangs” as well organised and heavily armed militia. They have corrupt sources in the army and police who help train them and provide them with heavy weapons not available to civilians.

They fight constant battles with the police and unfortunately due to the typography of Rio de Janeiro where they have their shootouts are alarmingly close to tourist hotspots. Add to the fact that street crime because of the recession is on the rise and your chances of being relieved of your wallet, cell phone and DSLR are pretty good. Why bother to take the risk?

São Paulo and Rio de Janeiro are the two most expensive cities in Brazil both for tourists and for those living there. Belo Horizonte in comparison is roughly a quarter cheaper. Although like all big Brazilian cities (and cities in South America in general) Belo Horizonte is not as safe as an equivalent city in North America. (Belo Horizonte is the same size roughly as the Metropolitan area of Miami about 5 ½ million people). But with BH, as it is referred to by its inhabitants and Brazilians, the violence is a long way from the tourist part of town and provided you follow a few simple rules generally speaking you will be pretty safe. 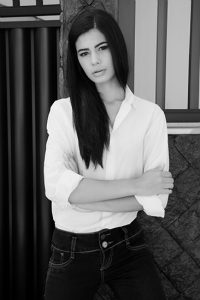 Although it seems like I’m exaggerating I can assure you that I am not. Brazilian women, in general, are well known for the beauty and the way they present themselves but mineiras (as women from the state of Minas are called) are even famous amongst the Brazilians for their intelligence and exceptional beauty. You can hire the best-looking models in Brazil for a far lower price than in Sao Paulo or Rio de Janeiro. Even the smaller cities around Belo Horizonte have good modelling agencies with even better rates than in BH. They are also exceptionally friendly and do not have the attitude problems which so many other models come with from bigger cities.

Brazil is in a state of crisis at the moment regarding both the economy and the political situation. As the Chinese say crisis and opportunity are two different sides of the same coin. Currently, the US dollar is trading over 3 to 1 against the Brazilian Real. For photographers and tourists that currently makes Belo Horizonte, something of a bargain as most services are charged in the local currency and not US dollars. Because Belo Horizonte is a lot cheaper to live in than Los Angeles, London or New York the modelling rates are sometimes half or even a third of what you would pay in those cities.

Ouro Preto is the former capital of Minas Gerais and is an 18th-century gold mining town. It is also a UNESCO world Heritage site and a little over two hours from Belo Horizonte. It is a very atmospheric location for photo shoots. Also, close by are the National Parks of the Sierra do Cipo and the Sierra Cast. Both are parks of international significance as they are home to rare and endangered wildlife and fauna. They are great locations to shoot models as during the middle of the week they are virtually deserted. Even in the weekends, you can find somewhere private to shoot. We have access to private fazendas with their own private waterfalls plus the interior of the fazendas themselves are a great place to shoot.

Contact us for your next shoot in Brazil and while you are here check out some of our great models.