Why is nudity more acceptable in Brazil? 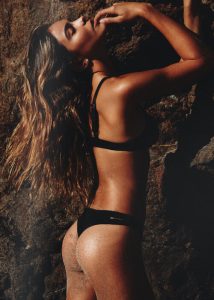 Why is nudity more acceptable in some cultures than in others?

Working with so many different models from so many different countries over the years I can’t help but notice the different attitudes towards nudity that the models bring. Just to point out in the beginning that if you are looking for lots of photos of naked Brazilian girls then you’re in the wrong place. Sorry about that but this isn’t a porn site. I must confess that I’m not really an avid TV watcher, binge watching Netflix for hours at a time is just not really my thing but having spent the traditional Sunday afternoon with my Brazilian in-laws which then usually morphs into a Sunday night I have seen my fair share of Brazilian television.

To say they have a rather relaxed view of television censorship would be a rather large understatement, to put it mildly. And we’re not talking about cable television here that’s a whole other story. In fact, it would be fair to say that there doesn’t seem to be much in the way of censorship at all. So why is it that Brazilians are so relaxed about naked breasts on television and naked butts are culturally acceptable if not downright encouraged both at the beach and at swimming pools? Actually, I have no idea except that from a cultural point of view the native Indians and that the Portuguese first encountered at a very relaxed view towards clothing. This makes a lot of sense when you live in a country as hot as Brazil and as humid as the rainforest. Funnily enough one of the first things that Christian missionaries do from other countries especially the United States is to give clothing to the Indians and tell them to cover themselves up! The Indians themselves think this is rather bizarre because culturally they have no body shame.

In this recent article, a Brazilian feminist claims that the reason why the infamous ‘filha dental” literally “dental floss” is so popular in Brazil is because the naked buttocks are a form of protest by the Brazilian women. Before you think that is going a little bit too far for your information just recently a Brazilian singer (look up name) publicly protested about the way women are treated in Brazil by singing the last three songs of her concert stark naked. By stark naked, I really mean completely stark naked! Not something that even Miley Cyrus would do and if Taylor Swift did the same thing I think she would break the Internet.   This relaxed view of nudity, of course, helps when you are a photographer organising workshops specialising in the art nude. It means that we can shoot publicly in some great locations and we can also get some great models who viewed nudity as just a part of everyday life.

If you’d like to work with some great Brazilian models here in Rio de Janeiro, then please contact us here. If you would like to see some available models, please click on the galleries. We have workshops happening with new models every month.